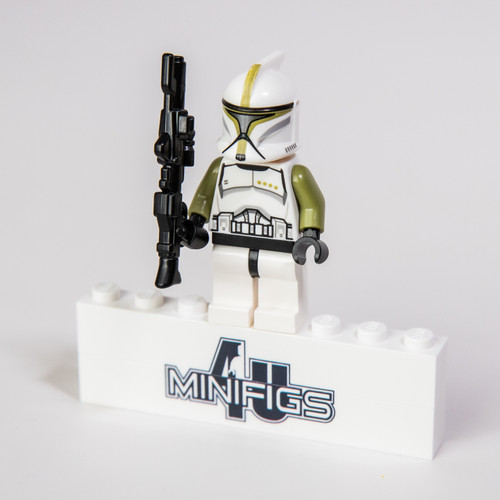 From LEGO Star Wars set 75000 released in 2013. This is genuine LEGO, not a fake. In addition to the Clone Trooper, you'll get 1x BrickArms DC-15 Blaster!

All our Clone Troopers are in good condition but are considered used. Some troopers may be more worn than others (varies).

These clones are the exact same ones that can be seen in Solid Brix Studios Clone Army of 2015:

This product hasn't received any reviews yet. Be the first to review this product!